Here’s an overview of the game, which is due out in the second half of 2020:

Gears of War: The Card Game offers an immersive way to enjoy Gears of War in a brand new format. In this story-driven campaign style game, the decisions you make in each narrative scenario have serious consequences on the battlefield in those that follow. Strike at the right moment, making your cards work together, fight together, and stand together — and, if necessary, die together.

Choose how to develop your force as you play through unique narrative scenarios, each with their own objective and terrain layout. Each win or loss will affect the contents of your deck in the next scenario, allowing success or failure to impact your experience of the game.

Will you side with the Coalition of Ordered Governments and send Marcus Fenix and Dominic Santiago into action, or will you command the Locust Horde and unleash the awesome power of the monstrous Brumak? Throw frag grenades at hordes of wretches? Or bait a corpser into attacking you before striking it when it’s most vulnerable? The choice will be in your hands. 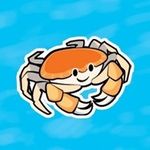 • In January 2019, designer/publisher Richard Breese of R&D Games noted that he was working on Keyper at Sea, an expansion for Keyper that would have “shallow water” and “deep water” scenarios for both beginner and experienced players.

In late February 2020, Breese posted an image of a crab (at left) to celebrate the start of the game’s graphics by Vicki Dalton, with the expansion now scheduled for a SPIEL ’20 release.

Oh, wait — do you want to see more than just one crab? Here you go:

• In a quarterly report published in March 2020, designer Matt Leacock notes that “the third and final installment in the Pandemic Legacy series is coming later this year”. (Too soon, Matt!) Aside from that, he adds, “look for one other soon-to-be-announced game — coming this summer”.

—A new dexterity game, co-designed with Josh Cappel. Josh and I worked together on the first edition of Pandemic over ten years ago and it’s been fun to work together again. We’ve spent over two years on this game and I’m thrilled that we recently found a great home for it.

—The next game in the ERA series — which is coming together quite nicely if I do say so myself.

—A new, non-Pandemic, cooperative game that I’m working on with a first-time designer.

—A big box game that I’ve been developing for over two years with two established designers.

—And a few other unannounced projects in various stages of development. 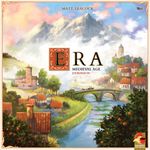 Era: Medieval Age Expansion is another 2020 Leacock release, with Gen Con 2020 being its debut show