• U.S. publisher WizKids is preemptively cancelling its appearances at both Origins Game Fair 2020 and UK Games Expo 2020, noting that it is “currently discussing options for the status for our WizKids U.S. National Championships”. An excerpt from this announcement:

We understand that things are changing rapidly all the time, and should it make sense and is safe to do so, we will consider attending events during the Q2-Q3 timeframe but with a smaller footprint than you are normally used to seeing from us. If so, we will post when and where these events may be held.

At this time, we are still planning to attend our regularly attended Q4 events. This includes The WizKids World Championships at Graceland, PAX Unplugged, BGG.CON, and more.

• Like several other publishers in my first post along these lines, Fireside Games is offering a “Play-at-Home” sale in which buyers receive a 25% discount on all orders placed through its online store, with 25% of each payment going to the brick-and-mortar store you list in the “Order Notes” section of the purchase.

• In that previous post, I mentioned that IELLO plans to release King of Tokyo: Dark Edition early since it can’t do the simultaneous worldwide launch that it had originally planned. On top of that, if you place an online order for the game in the U.S. through IELLO, the publisher will split the funds with whichever brick-and-mortar retailer you name.

• As of April 1, 2020, Burnt Island Games and Kids Table BG will donate 20% of net funds from online orders through its websites to the brick-and-mortar retailer of your choice.

• Deep Water Games is offering 25% of sales to named b&m stores, whereas Game Brewer is asking retailers to contact them (retailersupport@gamebrewer.com) for a coupon code that users can use when purchasing online that will then send 30% of the sale to the linked retailer. Forbidden Games is handing over 50% of online sales to the b&m retailer you name.

Expect to see more such profit-sharing plans from publishers in the weeks ahead, assuming that “stay at home” rules don’t keep people from shipping out games. Japanime Games, for example, which was part of my previous post on this topic, has announced that its warehouse in Indiana will close from the end of March 24 until at least April 7. Greater Than Games has ended parcel shipments until approximately April 22. 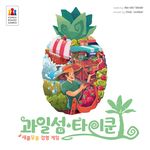 • In mid-March 2020, I reached out to publishers with questions about how they might be changing plans for the year, and Leon Scheuber at Korea Boardgames said that after production delays in China due to factory shutdowns, Fruit Picking and Four Gardens are both now being manufactured. The games will be for sale in Korea soon, and the plan is to sell them at both Gen Con 2020 — which the publisher will appear at for the first time in Entrepreneurs’ Avenue — and SPIEL ’20. Showdown Tactics, which BGG previewed at Spielwarenmesse 2020, will receive “aesthetic updates” ahead of its debut at Gen Con 2020 alongside the “murder mystery” game Suspects.

Notes Scheuber, “Monster Dentist and four yet unannounced games will be released at SPIEL ’20”, which means that Korea Boardgames will have nine new releases at that show compared to what its catalog contained at SPIEL ’19.

Scheuber added that the Seoul Boardgame Festa — “the biggest board game event in the country” — scheduled for May 2-3, 2020 has been cancelled. The Festa scheduled for November 14-15 is still on for now. 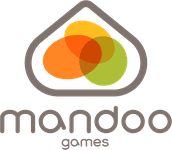 • I also heard from Kevin Kim at Korean publisher Mandoo Games, who noted the following:

—The Korea government is doing quite well. We have total 8,961 cases, and the daily new cases have been under 100 since last week. However, we’re still worrying about the group infection cases such as at church or in a hospital.

—As most of our distribution partners are in the EU and they are working at home, our new release schedules should also be delayed. We just hope SPIEL will be held as planned.

Along those lines, I thought that I had finished publishing all of the Spielwarenmesse 2020 overview videos that we had recorded in late January and early February, but Kim pointed out that we had not published the one for Gabriele Bubola’s Merchant of Dunhuang, a late 2020 release from Mandoo. Lincoln quickly find that file, and now it’s live, letting us finally close our coverage on that show for good.