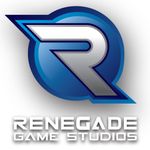 • U.S. publisher Renegade Game Studios has announced that it “will be suspending shipments of website and wholesale orders” as of March 24, 2020. More from the announcement:

Renegade’s future release calendar is being reevaluated and we will be delaying new releases until our retail partners are back and able to open safely. Our distribution partners have informed us that they will also be ceasing operation for a time. We feel this is absolutely the right call for everyone involved. The sooner we can come together and take these difficult steps the sooner we can move forward together.

During this time Renegade will continue to work on new games. We will continue to engage with you, our fans, through our various social media channels. We’re exploring new ways to have fun together online and make the most of the situation. Most of the Renegade staff works remotely so for most of us this is not a major change to our routine.

Many of our staff have families and added responsibilities now that schools are closed. I would ask that you keep that in mind when contacting us thru customer service or any other channels of communication. Rest assured that we are working and will attend to your needs as quickly as possible.

Those last two paragraphs apply to the BGG staff as well since we pretty much all work independently at home, yet many of us now have youngsters sharing that space, which increases the time required for most tasks by 50%.

• Similarly Fireside Games is delaying the release of the party game Stringamajig — a smart choice given that you need 4-10 players as explained in this demo video from GAMA Expo 2020 — and delaying the launch of its Kickstarter campaign for Castle Panic Deluxe.

• The Game Manufacturers Association (GAMA) has an online document that catalogs (mostly U.S.-based) game publishers that are offering to share a portion of each online sale through their own websites with a brick-and-mortar store named by the buyer at the time of purchase.

(Some vendors on that list mention that they are honoring a “GAMA Expo show special”. What this refers to is a special offer from that publisher to both brick-and-mortar retailers who attended GAMA Expo 2020 and those who cancelled their trips and failed to attend. Publishers don’t want to publish retailers for worrying about the safety of their staff, so they’re offering these special deals regardless. As for whether those stores are open and can take advantage of such offers, well, that’s another story…)

• If you’re looking for games to play at home, French publisher KYF Edition has released an English-language print-and-play version (link) of Fou Fou Fou!, a game by Corentin Lebrat and Théo Rivière in which you just have to follow the rules on the cards in order not to lose points, with more and more rules entering play over the course of the game and with you being ejected should you lose your third point.

Pierô, who is co-owner of KYF Edition, says that more than ten thousand copies of the game have been sold in France since September 2019, but no English-language edition is forthcoming and folks have been asking for one, so they decided to release this file for now: “The only purpose here is to bring 10-15 minutes of laughs and good times in family when people can’t go out.”

• Similarly, UK publisher Big Potato has released a print-and-play version (PDF) of its 2015 party game Mr Lister’s Quiz Shootout, which is currently out of print. 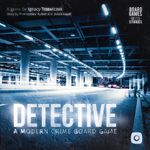 • Polish publisher Portal Games is also going the “stay at home” route by offering a Detective: Suburbia scenario (PDF) that provides everything you need to play the game, regardless of whether you own the Detective base game, and three solo scenarios for Empires of the North that you can play with any clan (PDF).

This is only the start of free goodies from Portal Games during this time: “Check out this page tomorrow! We’re preparing even more awesome content to entertain you. Take care and stay safe! #stayathome”

• Eduardo Baraf of Pencil First Games is sponsoring a “stay at home” game design contest, with the games having at most four pages of rules, embodying a positive theme, and being available as a print-and-play release so that folks practicing social distancing can make the game for themselves. Submissions can sent from April 15-30, 2020. Details in this video and the notes below the video: